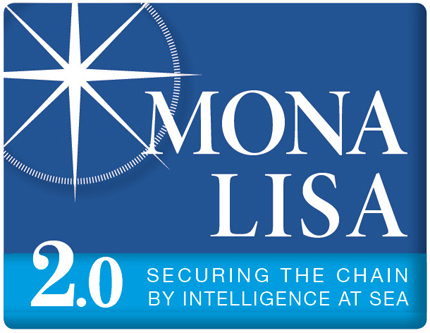 MONALISA 2.0 aims at contributing to a continuous improvement and development of efficient, safe and environmentally friendly maritime transport in the European Union by implementation of a series of measures in accordance with the EU's transport policies.

MONALISA 2.0 is a concrete step in the process of further developing the Motorways of the Sea concept by implementing concrete pilot actions and studies that will foster deployment of new maritime services and processes. The following Activities are included in MONALISA 2.0:

MONALISA 2.0 takes its point of departure in the results and experiences from the MONALISA 1 project (2010-EU-21109-S), co-financed by TEN-T under the Motorways of the Sea and which has received very positive feedback from both stakeholders, international bodies and the European Commission. MONALISA 2.0 will also make use of relevant results from previously carried out Motorways of the Sea projects, maritime R&D projects and re-use best practises from other areas in society as to bring them further towards deployment in the maritime sector. This will foster innovations and deployment of new technologies and systems to increase efficiency effectiveness and environmental sustainability of Motorways of the Sea and its integration in the Trans-European Transport Network.

In MONALISA 2.0, the demonstrated results of Sea Traffic Management from MONALISA 1, will be taken an important step further towards deployment trough joint actions e.g. by:

- testing of concrete applications and services which would allow rapid commercial deployment;
- integration of route planning tools with additional environmental information and maritime spatial planning for the purpose of improved maritime safety and environmental protection
- joint private-public action to elaborate better standards for route information exchange through a common interface and common data format allowing equipment from all manufacturers be used for Sea Traffic management;
- demonstrating concrete/hands-on services using new technology to enhance maritime safety, making Search and Rescue and mass-evacuations more efficient than today and by addressing the urgent issue of safety in ports.
- re-using results of previous EU investments in Air Traffic Management as well as from other sectors and their application into the maritime domain.

MONALISA 2.0 will re-use the results and experiences from the development within the aviation sector and its SESAR (Air Traffic Management) programme, which has been strongly supported by the European Union through the Framework Programmes and TEN-T during the past decade. A close cooperation has also been established with the DG MARE CISE-programme (Common Information Sharing Environment) developed to support control of sea areas under Coastal States responsibilities in order to exchange experiences and results.

Partnership
The MONALISA 2.0 consortium consists of a large number of public, private and academic partners which together constitutes a balanced, relevant and competent partnership in order to implement the project in an efficient way. The geographical scope of the partnership covers the Baltic Sea, North Sea and the Mediterranean Sea and encompasses the EU Member States Sweden, Finland, Denmark, Germany, United Kingdom, Spain, Italy, Malta and Greece as well as the neighbouring country Norway.

Time schedule
The total budget of MONALISA 2.0 amounts 24 million Euros and the implementation period of the project is 2012-2015.

Printing is not supported at the primary Gallery Thumbnail page. Please first navigate to a specific Image before printing.